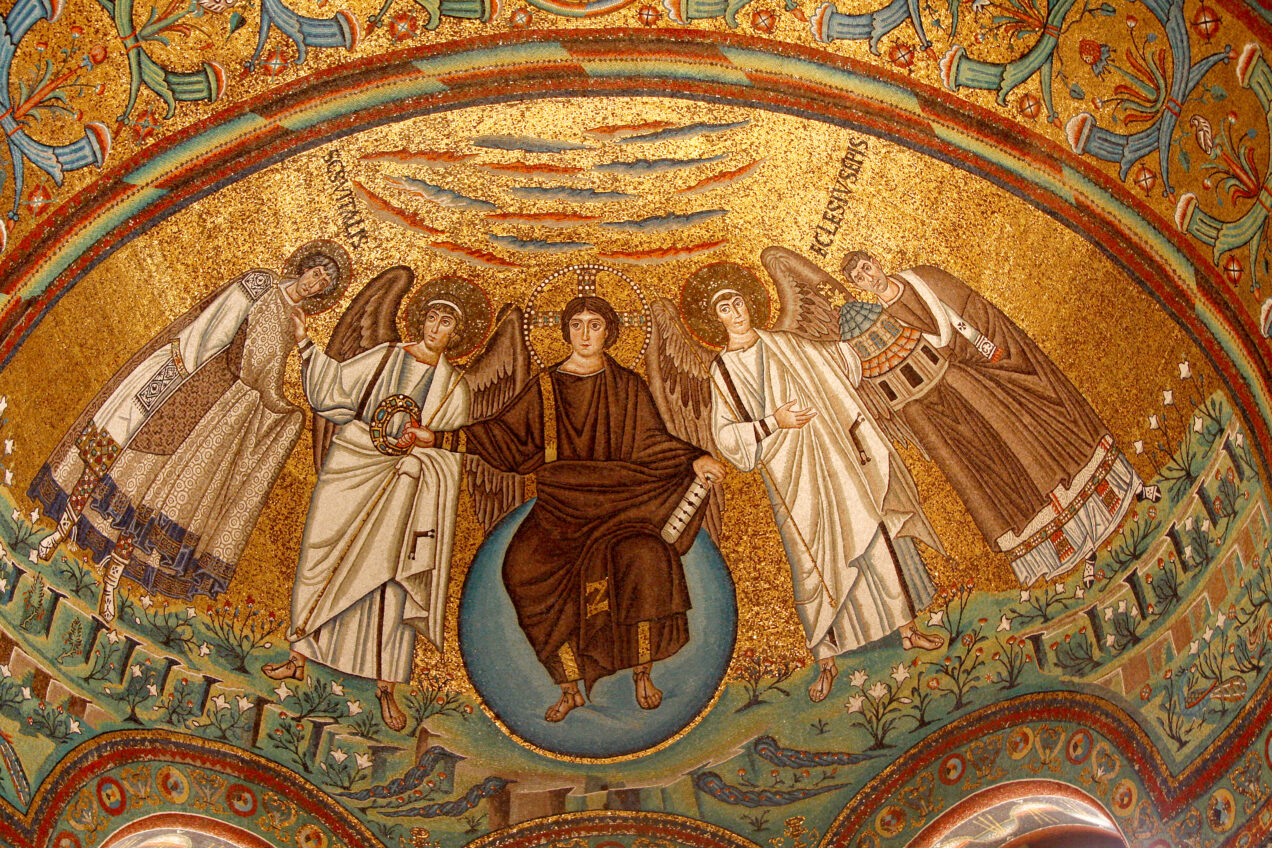 The Mosaics in Ravenna

Ravenna’s dazzling mosaics dating from the 5th and 6th centuries are a UNESCO World Heritage Site and are famous across the globe. Considered among the best-preserved Byzantine mosaics in the world, these treasures are more than worth a visit, so consider including a stop in Ravenna in your Italy itinerary.

Set along the Adriatic coast a couple of hours south of Venice, the historic city of Ravenna is a gem that is still mostly undiscovered by North American travelers. Its elegant old town, authentic atmosphere, and easy proximity to the cities in Emilia-Romagna (Bologna, Modena, and Parma) and Venice make it a great addition to a trip through northern Italy.

To take in all the mosaics, overnight in Ravenna. Otherwise, take a day trip and spend a few hours marveling at the A-list sites. Here are some quick facts about Ravenna and its crown jewels. Ravenna is home to eight early Christian monuments—seven of which are decorated with intricate mosaics—comprising a UNESCO World Heritage site. The religious designs are a unique blend of Eastern and Western styles and depict saints, Bible stories, and other sacred subjects that stand out for their bright colors and glittering gold backgrounds.

There are three must-see mosaics sites in Ravenna, which can be covered in one day:

Basilica of San Vitale – This is home to the city’s most famous mosaics, which cover the apse and choir inside the 6th-century church. The spectacular works depict detailed plants and animals, as well as scenes from the Old Testament, Christ and a number of saints, and a series of Byzantine rulers, Justinian and his wife Theodora among them.

Basilica di Sant’Apollinare Nuovo – The interior of this church and its baptistery are decorated with mosaics so glorious that Pope Gregory I is said to have ordered that they be covered because they distracted church-goers from Mass.

Mausoleo di Galla Placidia – Home to some of the oldest mosaics in Ravenna, this mausoleum was built in the 5th century by a Roman princess and the walls, floor, and ceiling are still decorated by mosaics from more than 1,500 years ago.

If you have a second day in Ravenna, be sure to visit these additional two mosaic-decorated sites:

Cappella di Sant’Andrea – The early Christian chapel was built as a private oratory for Catholic bishops and the foyer and chapel are decorated with colorful mosaics, including one depicting Christ as a warrior.

Battistero Neoniano – Located just opposite the Cappella di Sant’Andrea, this baptistery sports even more elaborate mosaic decorations than that of Sant’Apollinare Nuovo. From the ceiling depiction of Christ’s baptism to the portraits of the 12 apostles, this gem is truly breathtaking.

Basilica di Sant’Apollinare in Classe – Set about 5 miles outside Ravenna (you’ll need to take a taxi or bus to visit), this 6th-century church dates from the same period as Sant’Apollinare. Though it was repeatedly plundered over the centuries, it still houses a number of stunning mosaics worth making the trip.

Mausoleo di Teodorico – Slightly closer to Ravenna (about 1.5 miles from the city center), this ancient mausoleum is part of the UNESCO-listed Early Christian Monuments of Ravenna but is the only one not decorated with mosaics. The History of Ravenna’s Mosaics

You may be wondering why are there so many incredible Byzantine mosaics in this small town. Ravenna is no longer a politically significant city in Italy, but in the 5th century, it became the capital of the Western Roman Empire after the Byzantine emperor Justinian reconquered parts of Italy. A number of early Christian churches and monuments were built during his reign and ornately decorated with mosaics that exemplify the evolution from the more natural Roman style to the stylized Byzantine style. Visiting the mosaics in Ravenna will give you a glimpse into the town’s significant legacy and an understanding of this important moment in art history.

The mosaics have remained so vibrant and spectacular even after 2,000 years because they are made of tiny pieces of glass, so the colors don’t fade over time. First, the artist calculated exactly how many pieces of each color of glass were needed to create the (gigantic!) compositions. Then, each color of glass was created (or in the case of gold, layered with gold leaf) and then cut. And finally, a skilled artisan had to carefully attach it to the wall in exactly the right place to create the images. Visiting Ravenna and Its Mosaics

How much time do I need in Ravenna? If you don’t need to see all of the sites or dig deep into the mosaics, it’s possible to do Ravenna as a day trip from a nearby city. It would be a long day, and you’d be absorbing a lot of important history and information, but it is doable if you stick to the sites that can be visited on foot in the city center. Spend 2 – 3 hours touring sites in the morning, have lunch, then spend another 2 – 3 hours touring sites in the afternoon. If you’d like to see all the main sites and focus on new information in smaller chunks of time, we recommend spending two full days in Ravenna.

What’s the best way to get to Ravenna? You can get to Ravenna by train, although the city is not on a fast train route so you’ll probably have to change trains and get a slower one for the Ravenna leg. If you’re comfortable driving in Italy, it’s a good idea to get a rental car to visit Ravenna. Stay in the historic center so you can get around by foot, and book a place that includes parking. There are buses to the sites that are outside the city center so you can leave your car parked.

What’s the best way to get around Ravenna? Ravenna is small, and most of it can be visited on foot. Some of the sites are outside the city center, so you’ll need to reach them by rental car, taxi, or local bus. In high season, there are shuttle buses that run between the sites.

Do I have to book ahead of time? Although Ravenna is definitely an off-the-beaten-path destination for foreign tourists, it’s very popular with Italians. This means that travelers should book their tickets in advance and expect lines and crowds at the sites in high season. Entry tickets are not expensive and a combination ticket is available if you plan to visit multiple UNESCO monuments in town; it’s valid for 7 days from purchase, for one admission to each monument. Keep in mind that the Neonian Baptistery and the Mausoleum of Galla Placidia require advance booking of entrance time. For updated ticket prices and hours, special evening openings, and closure notices, visit the official website.

When are the Mosaics in Ravenna open? As you would with anywhere in Italy, check that places are open on the day of the week you’re planning to be there, but Ravenna is very visitor-friendly and a major tourist destination. Most of the monuments are open 7 days a week until 7 p.m. spring through fall (and until 5 p.m. in winter).

Should I visit with a guide? Like many of Italy’s top-tier cultural sights, the mosaics in Ravenna are best toured with a guide. There are centuries of history, political and religious contexts, and artistic nuances that you will completely miss if you simply pop in to marvel on your own. Book a private tour to take in the monuments at your own pace or join a small-group tour for a less flexible but more budget-friendly option.